“Bryan Gruley is a gifted writer, and inThe Skeleton Box he’s turned his gifts to the secrets and lies which ultimately rip apart Starvation Lake. Gus Carpenter, editor of a local paper on its last legs, finds himself in the center of a murder inquiry when his mother’s best friend is killed – and his mother becomes a prime suspect. Gruley writes elegiacally about small town America, but his deepest love is for its newspaper.” 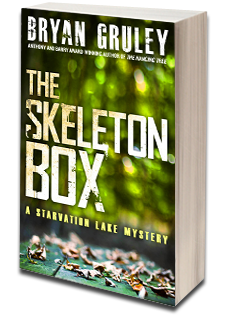